Our third day of hiking, and a much easier one than yesterday.

Last night was again windy, but I think everyone is used to it now, as it didn’t bother people as much. We also switched from the tour group’s foam pillows to our inflatable ones, which I find much more comfortable.

We started early again, so that we could hike when it is still cool in the morning, and were again joined by our Bedouin guide Mohammed and his donkey Falhah.

The beginning of the hike today was a quite steep downhill, followed by a quite steep and long uphill, but after that we walked along the ridgeline, and so it was a nice, easy, light up and down. In total we did a bit less than yesterday in distance, and we were all surprised when we came around a bend and there was our camp!

We again passed through different areas, including a section with very round rock formations that made for some easy walking, as the surface was, for the most part, smooth and clean. It is also predominantly sandstone around here, which is quite gritty like sand paper, so the grip is very good.

I had a nap after getting to camp, and then another excellent meal. It is a much sandier camp than the previous ones, so hopefully the wind will stay down for the night. It is still fairly dusty and hazy out, but the stars are still magnificent at night. We are a bit lucky that the moon rises quite late, so we still get a good show. 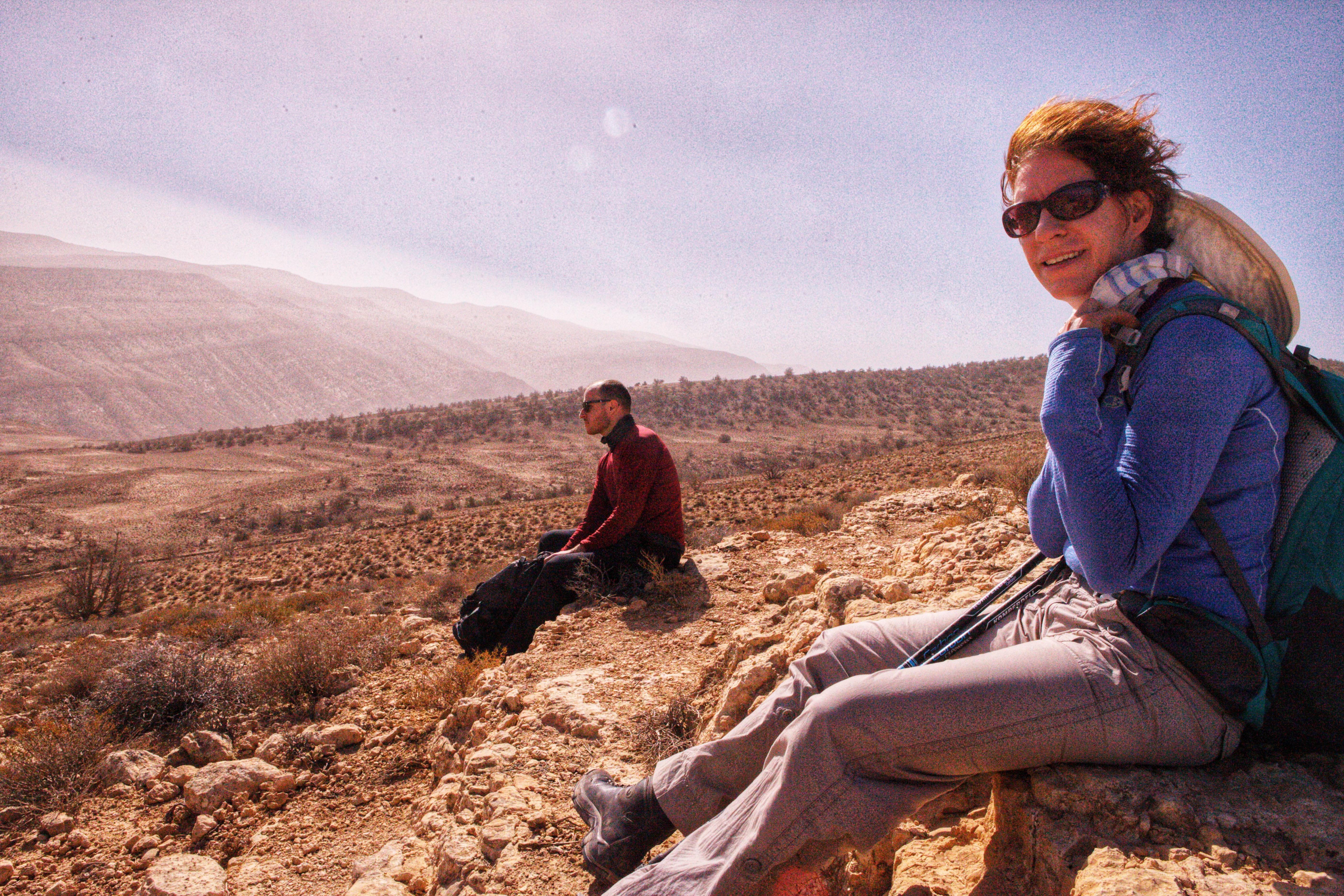 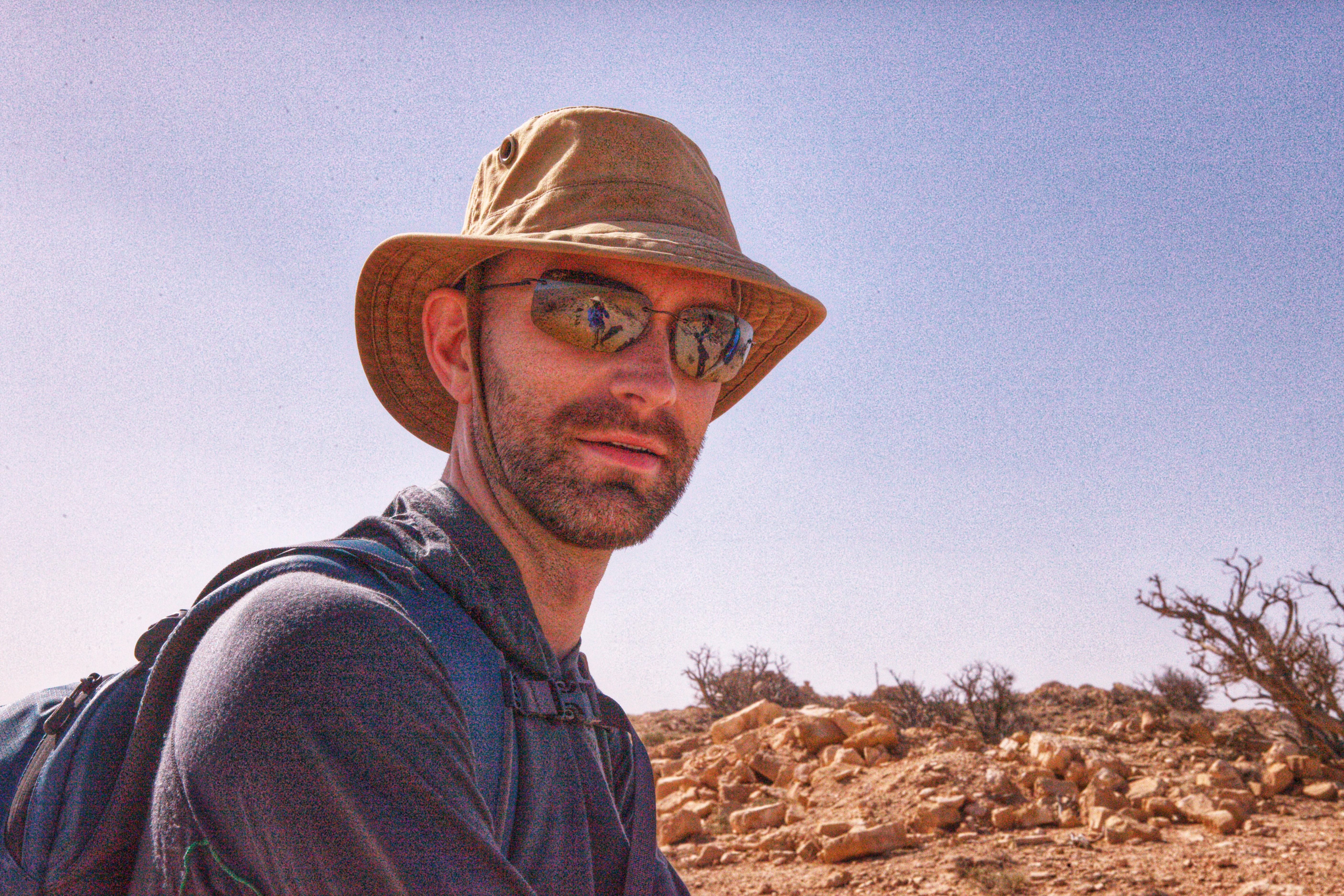 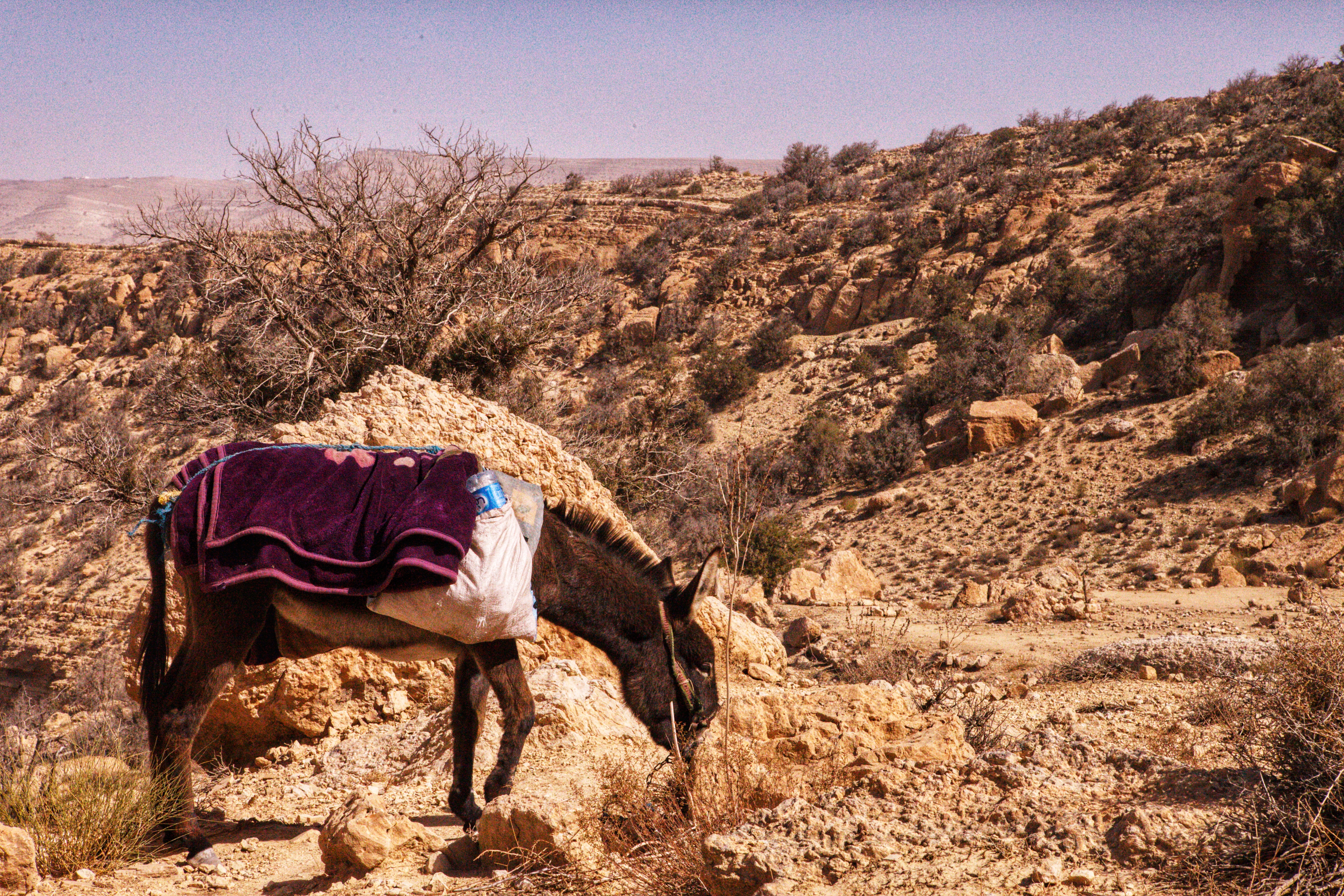 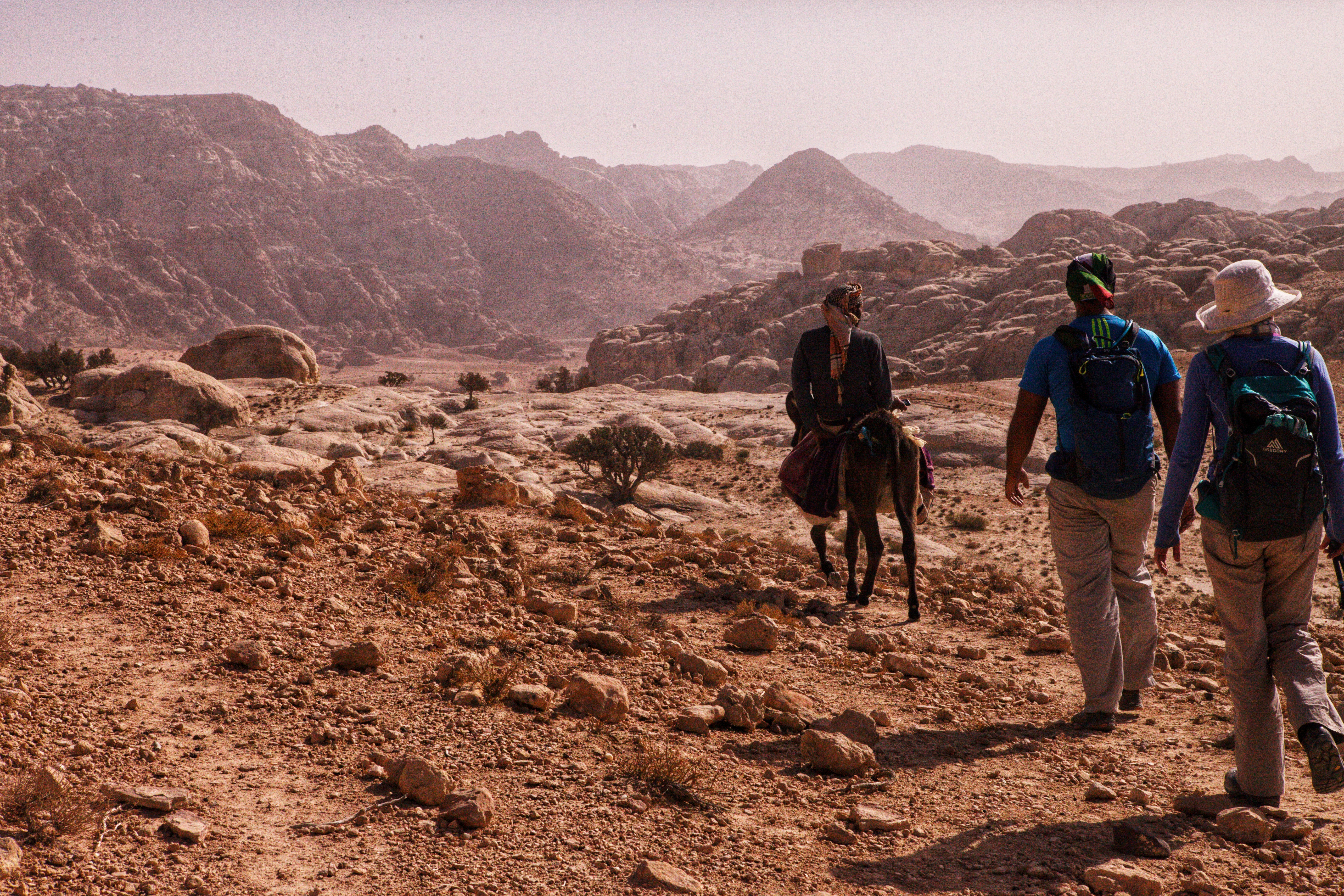 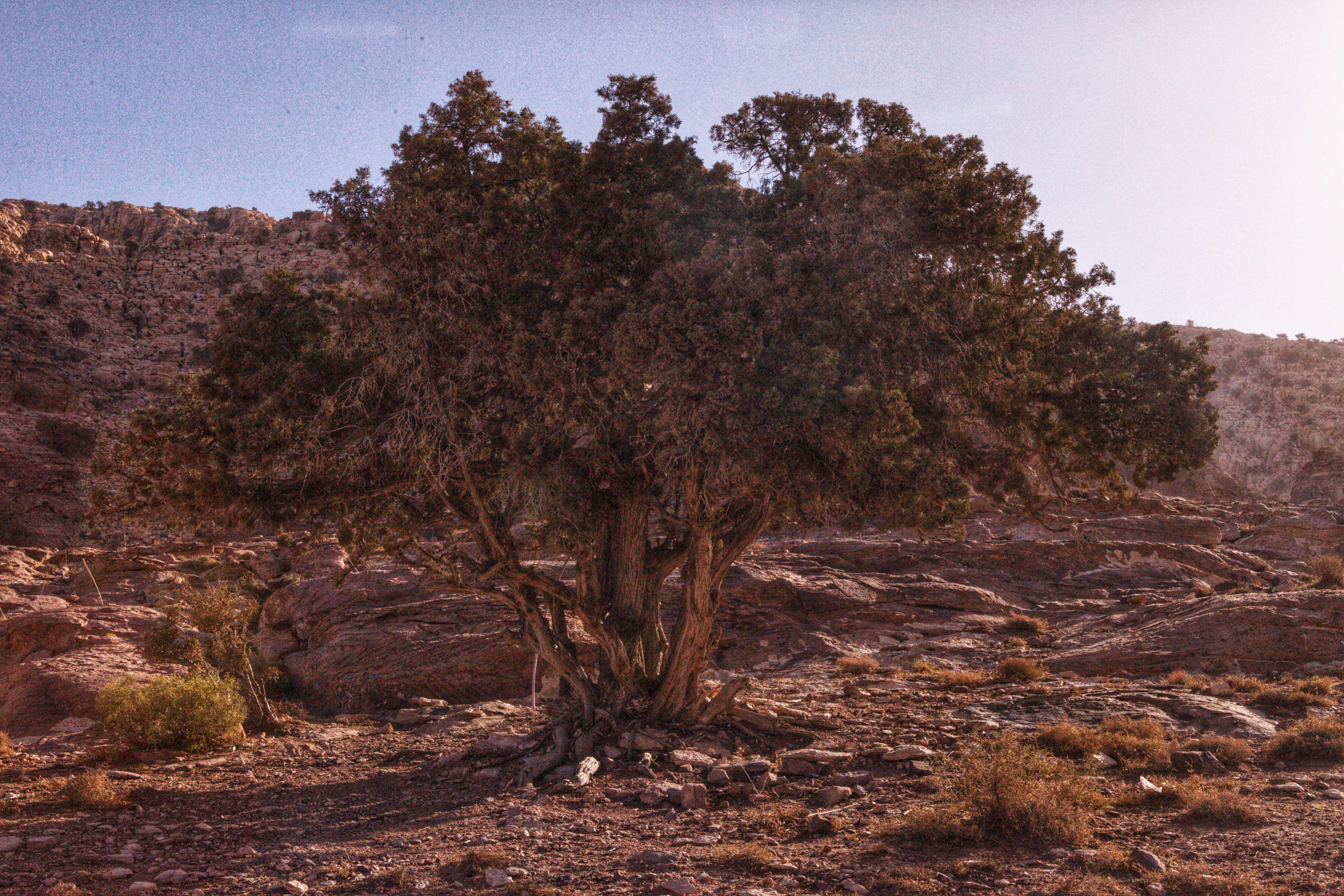 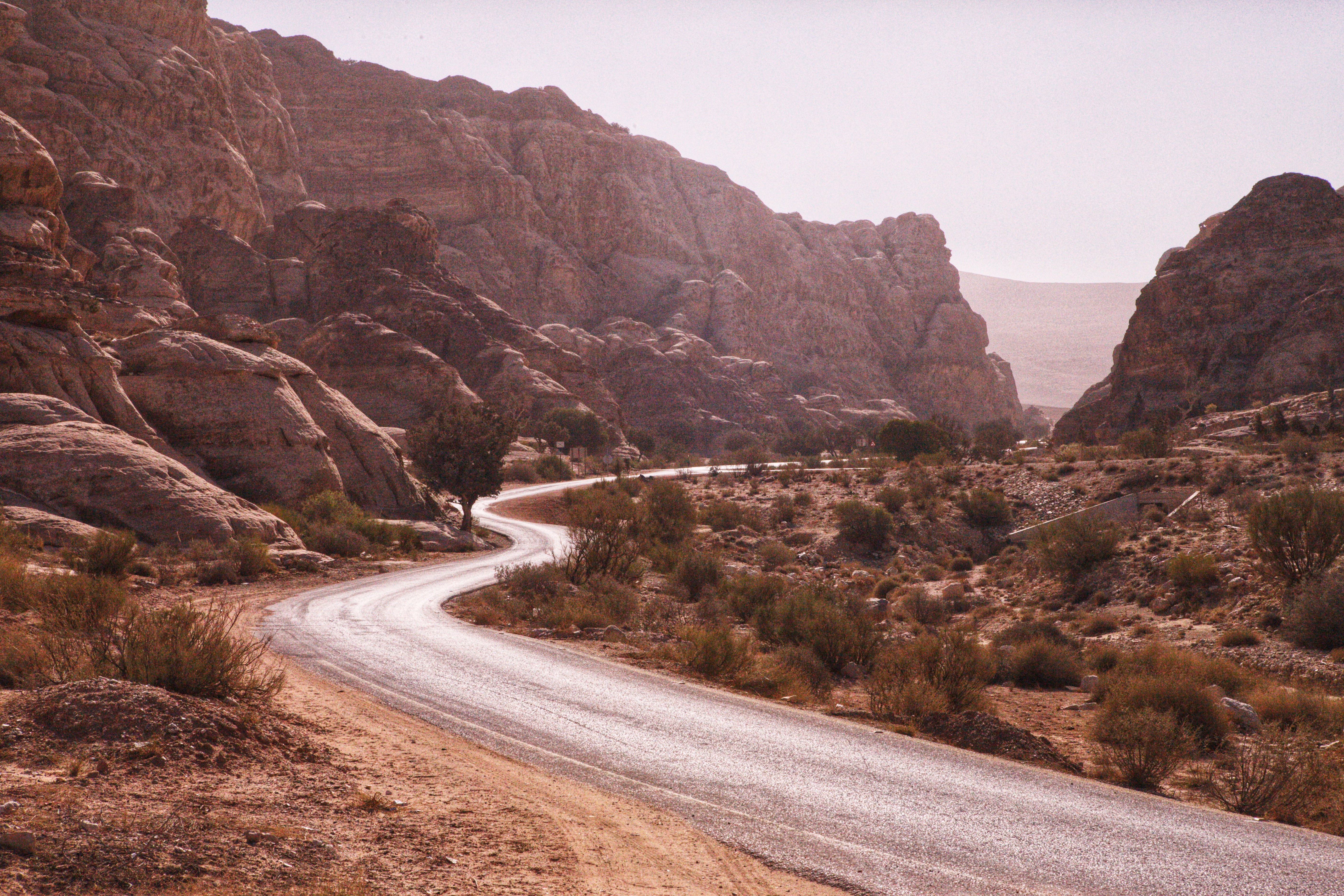