Day 3 in London, in Oxford

This morning we took the train up to Oxford to meet with Scott, one of our co-hikers in Jordan. We met Scott just outside Balliol College (founded in around 1263), which he gave us a quick tour around. One thing he explained is that Oxford University is made up of many independent colleges, each of which kinda stands on its own. Each of these colleges teaches about half the subjects, so, for instance, in engineering, you could be accepted by any number of colleges to study at. Typical class sizes are 1-5 students, so the teaching is very personalized.

After a quick lunch with Scott he headed back to work, and we explored the city a bit. Our first stop was at the History of Science Museum. The museum has a quite spectacular collection of scientific instruments from the last few hundred years. Anything from sextants, telescopes, slide rules, you name it. There is some excellent craftsmanship on display at the museum. The big claim to fame is that they have a chalkboard used by Albert Einstein when he gave a lecture at the university.

Our second stop was to have a cup of tea at Blackwell’s, a bookstore in Oxford that is amazingly large inside. It is on multiple floors, and the basement is particularly cavernous and keeps going forever.

Third stop was at the Pitt Rivers Museum, accessible through the Oxford Natural History Museum. The Pitt Rivers MQuseum is particularly curious, and basically consists of thousands of artifacts one guy collected throughout his life, and have all been crammed into display cases. Things from figurines from around the world, musical instruments, models of boats, clothing, skulls/shrunken heads, really anything.

After the museums we met up with Scott again and had a pint at The Bear pub, established in 1242. It’s a tiny little pub, but the beer is good, and they have a collection of ties that have been cut off of people that cover all of the walls.

We then joined Scott for a delicious dinner, which he cooked, and met his fiancee Solène, who gets in quite late, as she commutes to and from the British Museum every day.

We are now on the train back to London. It’s been a long, but good, day. Tomorrow we will most likely start by sleeping in! 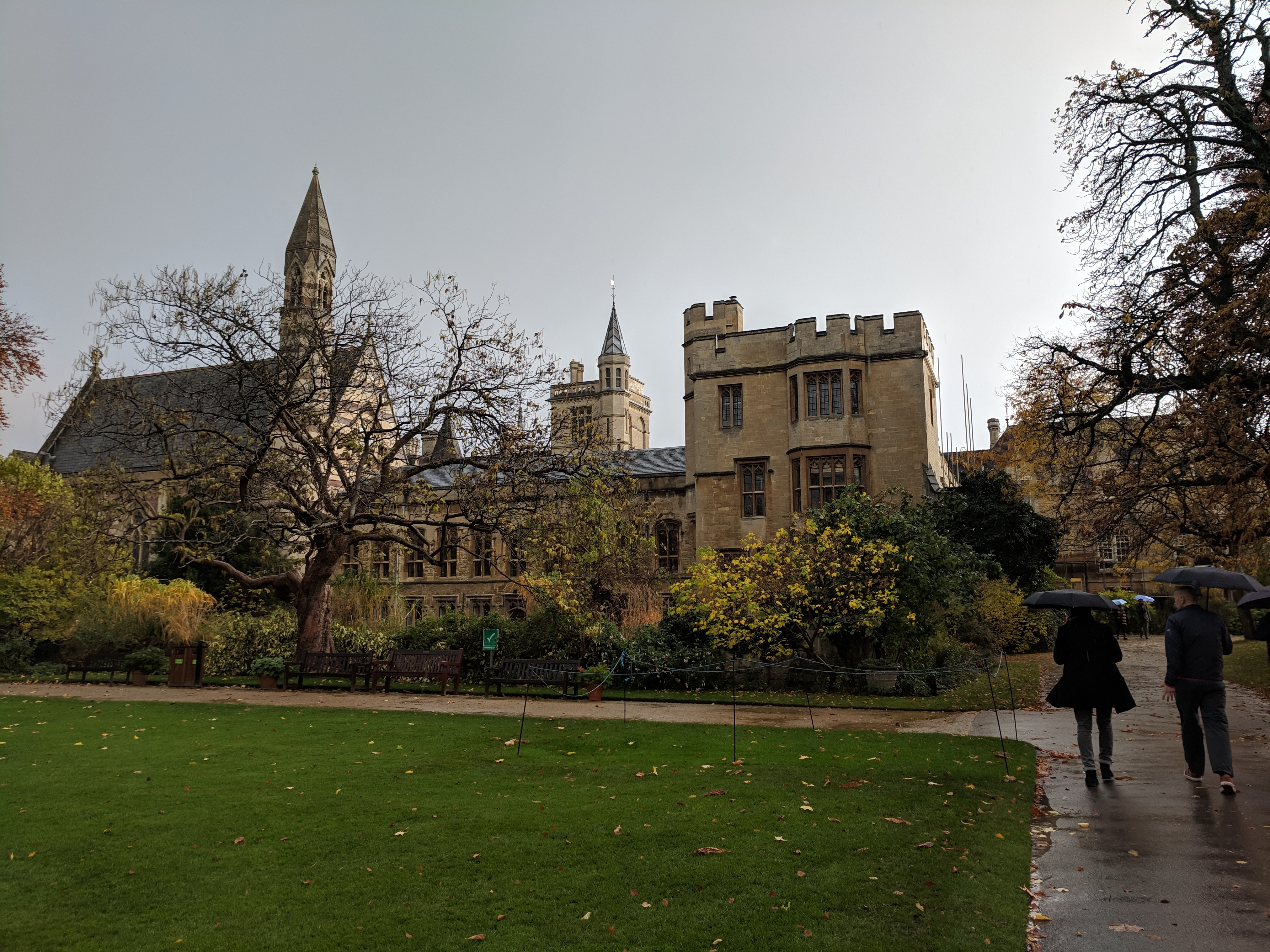 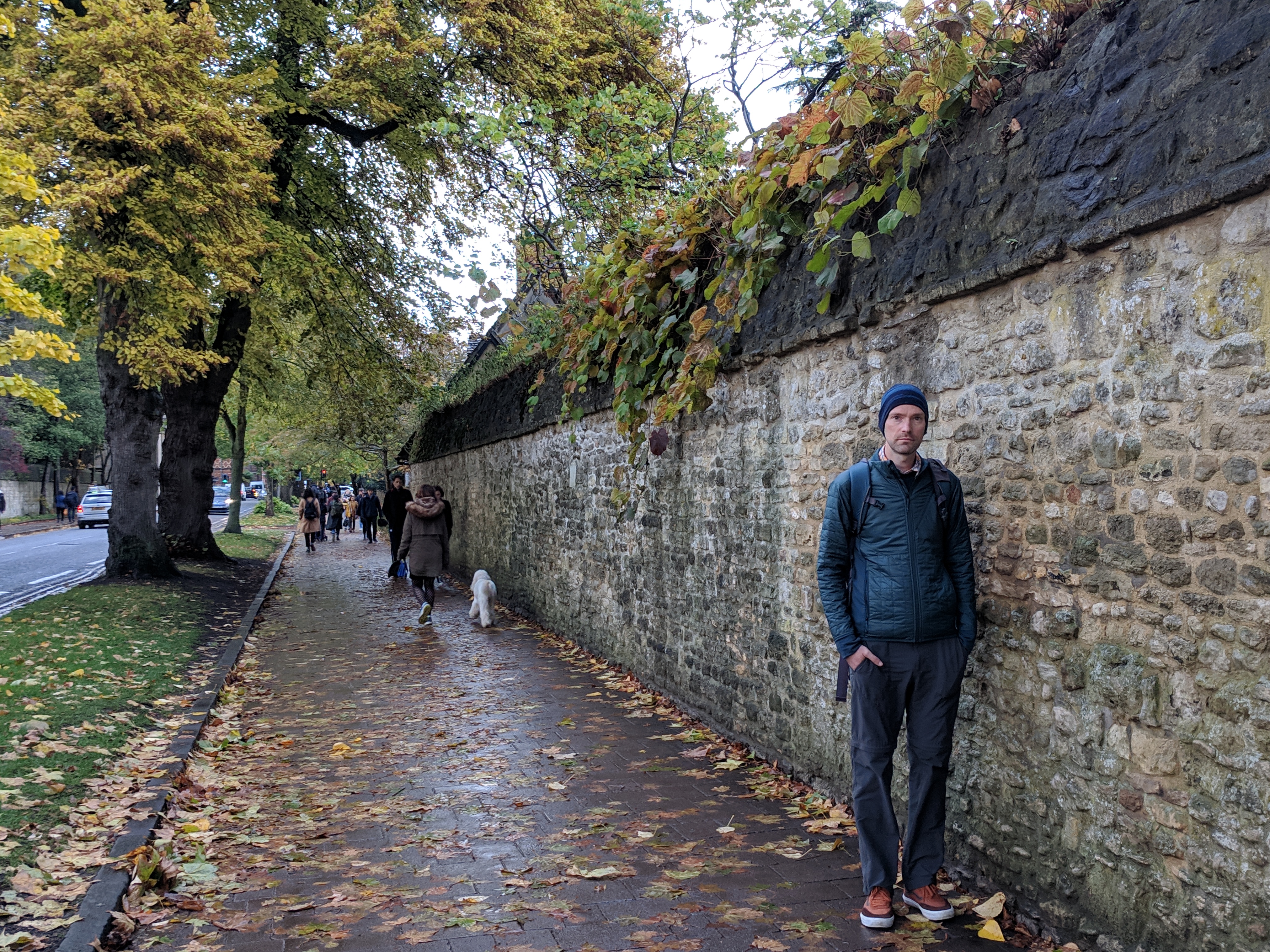 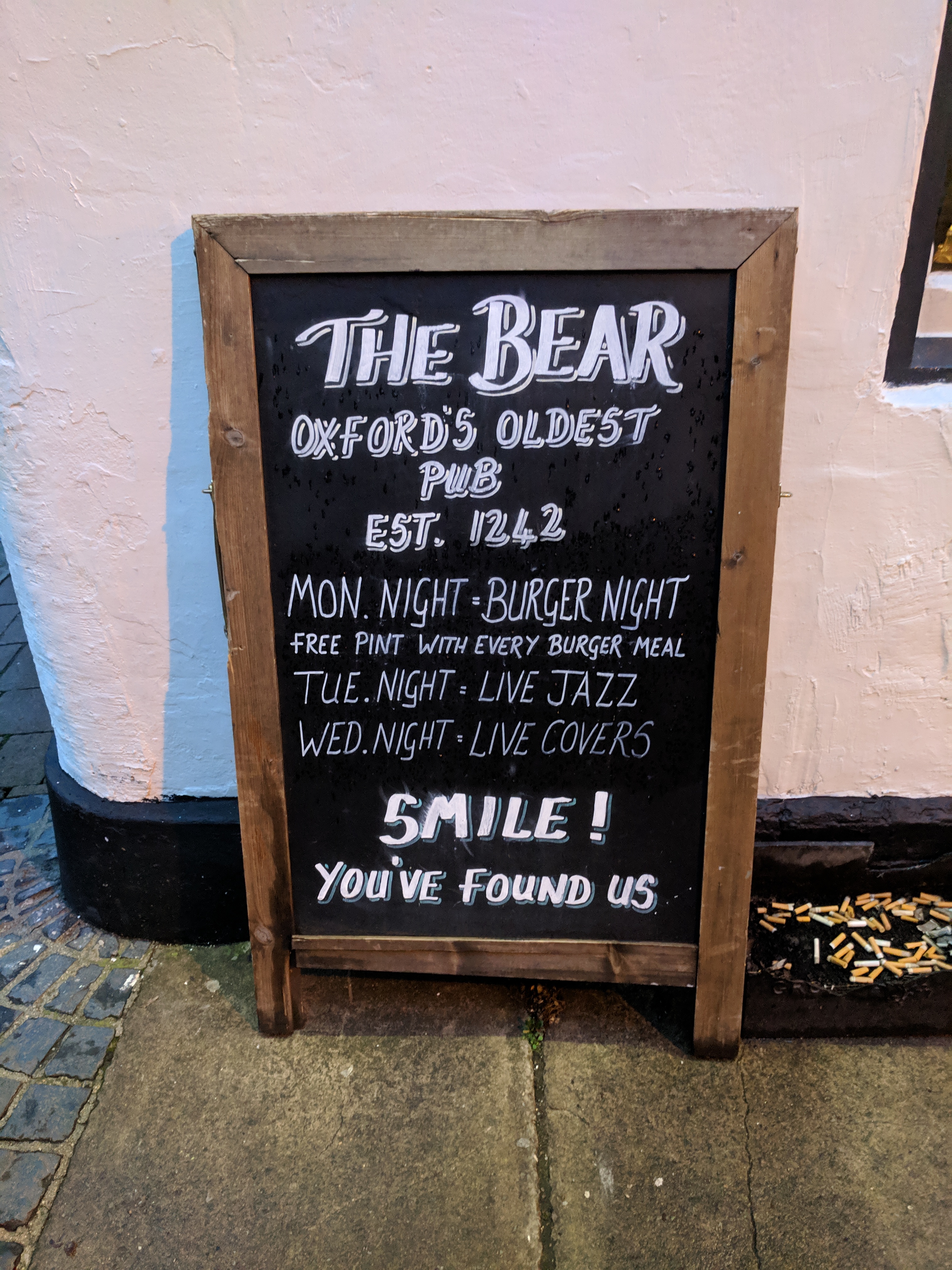